How to Improve the Odds of New Employee Retention 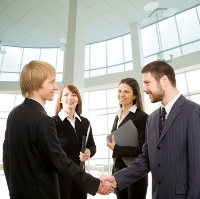 All too often, organizations make painstaking plans for employee terminations – yet bring new hires on board with almost casual abandon. (“Here’s the procedures manual and your predecessor’s files. Let me know when you’ve finished reading them.”) But if more care had been taken upfront, might fewer folks end up leaving?

The turnover trend in modern-day workforces is alarming. In the U.S., by the start of the 21st century, the Bureau of Labor Statistics found that average employment tenure had fallen from 4.6 years just a decade earlier to 3.5. And while those workers aged 55 and stayed an average of 10.2 years on the job, workers 34 years and younger remained 2.7 years. Increasing age may slow them down somewhat, but tomorrow’s managers increasingly will view changing jobs as the norm.

Termination costs likely will include some or all of the following, depending on whether the employee quits or is fired: lost productivity, lost sales and customers, lost knowledge and skills, severance pay and benefits continuation, outplacement fees, potentially higher unemployment compensation premiums, attorneys’ fees (if wrongful termination claims are anticipated or received), contingent employment expenses (if the position cannot remain unfilled), etc. Plus, all the costs of hiring begin again.

Granted, the ebb and flow of employees is a cost of doing business. But the cost of replacing someone every 2.7 years is of a much greater order of magnitude than when people stayed for 10.2.

“I Must Depart, I Just Arrived”

Like the person who met himself coming and going, more employees than one might expect are on their way out from the day they start the new job.

Rarely does a hiring manager advise a prospective job candidate that there are six advantages to working at ABC Widgets – along with six disadvantages. It’s human nature to sell to one’s strengths and avoid the weaknesses. And candidates may not be fully honest, either. (“I love working under pressure,” she said, hoping the Xanax was still in her purse.)

So either the job or the employee may not, on arrival, be exactly as advertised. The Wall Street Journal recently ran the story of a new manager who discovered his boss had absolutely no interest in his development; her entire passion had been consumed firing the incumbent before him, whom she hated.

In a similar vein, there may be cultural or other nuances to getting ahead, which the employer may think are common knowledge – but are not. Those may include such customs as “being one of the boys” (by playing golf or drinking after work), proving one’s dedication to the job (by staying late, working Saturdays, volunteering for sales missions overseas, etc.) or cheerleading (“Let’s all go for the black belt!”).

The difference between acceptance and rejection may even be as subtle as picking up on the tradition that – in the executive ranks – small talk precedes business talk. Or vice versa.

As another example, virtually all organizations are political. In the executive ranks, it may be important to form certain alliances while avoiding others. None of this may be apparent to the new hire, who is anxious to meet everybody and make friends.

And here is still another: If the new executive has been brought in to “shake things up” and become an agent of change, what land mines have been hidden by wary employees – whose allegiance is to the status quo?

For all of the above and many other reasons, the new hire may not fit in as well as everyone expected. Whether dazed and confused or just discouraged, the person begins wishing that he or she had not accepted the job in the first place.

Where would employers (and their consultants) be without the constant stream of jargon that floods corporate life?

A recent arrival is “executive onboarding,” a somewhat pretentious term for a serious concept: assimilation coaching. The premise is simple: If new employees genuinely understand the culture in which they have to function and what is expected of them in the new job (in other words, the “what counts” factors), they will have a much greater chance of succeeding.

By taking the following steps, the hiring manager can help the individual reach full potential:

In the case of relocation, it also can pay big dividends to help the executive’s entire family fit into the new community – locating a good private school, finding a place of worship, joining the right club or charitable board, etc.

On the Stress-O-Meter, starting a new job is right up there with being fired from one. The good news is that making the first event go smoother can help avoid the second. And, who knows? The executive may become so confident and successful that she stays for ten years, instead of two.