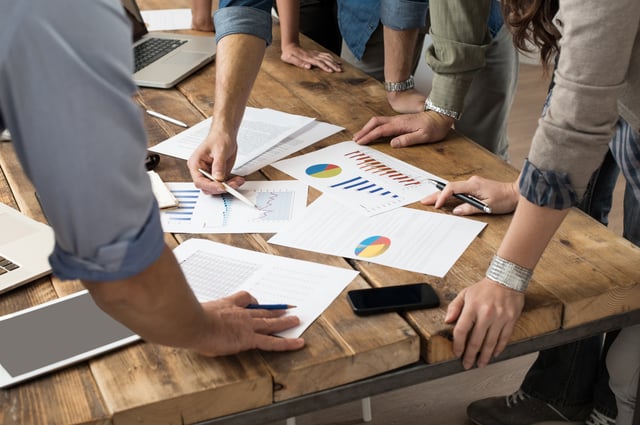 Be honest; when you read the title, did it immediately conjure up an image of a selfie-taking, social media addicted, text-obsessed millennial? Turns out, there may not be any increase at all in narcissism over the past few decades. In a scientific analysis of approximately one-half million high-school seniors over three decades, Brent Donnellan and Kali Trzesniewski of the University of Western Ontario argue teens today are no more egotistical (and actually, just as happy and content) as previous generations.

“We concluded that, more often than not, kids these days are about the same as they were back in the mid-1970s,” said Donnellan, associate professor of psychology. They also stated that their findings show that entitlement changes dramatically with maturity in comparison to nominal generational changes. In other words, it's not that people born after 1980 are self-absorbed – it’s that young people are, and they get over themselves as they get older.

On the other hand, aren’t we all working alongside some select individuals who haven’t “gotten over themselves?” In nearly every professional environment, it is not uncommon to encounter those who have an inflated sense of their own importance, a deep need for admiration and an occasional lack of empathy for others. These individuals can range from recent college grads to the most tenured of staff, and some could even be some of the most valued players on the team! An effective leader needs to be able to lead, manage and inspire all personality types, including how to embrace the entitled.

Memory Lane
Although tales that start with “back in my day” typically fall on deaf ears (or are met with an eyeball roll), it may be meaningful to take a trip down memory lane at times. Newer employees may not know the sacrifices that their company was built upon; consider creating a milestone wall or worksheet documenting key turning points in the history of the company. Reviewing a company’s past can help emphasize the sacrifices that were made, the noteworthy accomplishments along the way, and a common understanding of where the firm started and how it evolved to where it is today.

Special vs. Appreciated
Words matter. Consider the difference between “you have a face that makes time stand still” and “you have a face that could stop a clock.” Entitled individuals believe themselves to be more special than others; frame your vocabulary to play against this notion. Instead of “you are the best hire we have ever made in this department” or “we would be lost without you,” focus instead on expressing appreciation for a job well done. Statements such as “I appreciate the hard work you put in to meeting your quarterly numbers” or “I am incredibly thankful for the leadership role you played in retaining our key clients” focus more on the work being done as opposed to the uniqueness and rarity of the person doing the work. Call attention to the specific action or behavior, and then offer up genuine thanks and gratitude.
The “I” in Team
To encourage self-absorbed individuals to look outside their lens of individuality, add some components to their set of responsibilities that require the success of others. This could be accomplished by tying a portion of compensation or bonus to the success of new hires, the team, or organization as a whole. Alternatively, the individual could be assigned as a mentor to up-and-coming associates, where praise is given to the collective and expectations are set for cooperative achievement.

Great Expectations
Be exceptionally clear (and when at all possible, measurable) with any and all expectations. Consider going beyond “pass or fail” and instead communicate clearly what deficient (failure), competent (good enough to get by), and proficient (exceptional) behavior or results look like. Then, stick to them firmly. If you don’t, you can actually create a deepened sense of entitlement as employees learn to manipulate your rules. The expectations could include things like desired behaviors, time in office, work ethic, required results, or any other guidelines that allow an employee to know they are meeting or exceeding expectations. Resist the urge to simply say “I’ll know a job well done when I see it” – if you can’t articulate expectations clearly, employees will never know if they’ve achieved them. This is when a disconnect happens, ambiguity sets in, and the foundation of the relationship begins to crack.

Set Them Up to Fail
Gasp! Before you scramble for your Leadership 101 Handbook that says a great leader would never do such a thing, many would acknowledge that it was through their greatest struggles that their greatest achievements were born. More often than not, those who history best remembers were faced with numerous obstacles that forced them to work harder and show more determination than others.

Entitled employees tend to stay within their comfort zones and take few risks. Set a stretch goal for those who feel they cannot fail, but do not chastise for shortfalls or lack of success. Instead, allow for the individual to embrace the mistakes made, the skills that are not yet developed, and the opportunities for growth that lie ahead. In fact, many great leaders would say they don’t just accept failure, they encourage it!

Perhaps even more important? Deep down, we all want to be involved with an important project that challenges us. When we give a tough objective and let an employee know it will take everything they’ve got, it communicates that we actually take them seriously and give them permission to take risks that result in growth – either due to failure or due to success.

Finding People Who Make a Difference®
Executive Search Review has recognized the totality of the Sanford Rose Associates® network as being one of the Top 10 Search Firms in North America with 70+ offices worldwide. To learn more about leadership effectiveness for all types of individuals, please reach out to your Sanford Rose Associates® executive search consultant today.